放射能があるのに福島住民は帰還する
福島原発メルトダウンから８年、市民は警戒心を持ちながら汚染された住宅に戻りつつある。
Fukushima Residents Return Despite Radiation
Eight years after the nuclear meltdown, wary citizens are moving back to contaminated homesteads—some not by choice
"By Jane Braxton Little on January 16, 2019"

”Prime Minister Shinzo Abe is determined to end all evacuations by 2020, when Japan will host the Olympic Summer Games. ”
こう（安倍晋三はオリンピックのため2020年までに全員帰還させる決意である）、はっきり書いてある。

・日本は、原発事故直後の復旧のために定められた原発作業員のための緊急時対応最大線量（20mSv/年）を8年の長きにわたって、一般住民に強いている。”Radioactivity is as high as 20 mSv, the maximum exposure recommended by international safety experts for nuclear power workers.”

それどころか・・・
”The events will include baseball and softball competitions in Fukushima City, a mere 55 miles from the ruined reactors.”

*「こんなこと」：
日本は、原発事故直後の復旧のために定められた原発作業員のための緊急時対応最大線量（20mSv/年）を8年の長きにわたって、一般住民に強いている。
”Radioactivity is as high as 20 mSv, the maximum exposure recommended by international safety experts for nuclear power workers.”

Uekiさん、こう言っている。
安倍総理は全く信用できない、収束には100年以上かかるだろう。
“Re-Shared Comment:
The prime minister says the accident is over but I won’t ever feel safe until the Daiichi plant itself is finally shut down. That will take 100 years.”
Source:Scientific American
https://www.scientificamerican.com/article/fukushima-residents-return-despite-radiation/
"By Jane Braxton Little on January 16, 2019"
Fukushima Residents Return Despite Radiation
Eight years after the nuclear meltdown, wary citizens are moving back to contaminated homesteads—some not by choice

When the Fukushima Daiichi Nuclear Power Plant began spewing radioactive particles after it was clobbered by a tsunami in March 2011Kaori Sakuma fled. She bundled her infant and toddler into a car and left her husband and family in Koriyama, 44 miles west of the ruptured facility. “The truth is, I ran away,” she says. Confronting gas shortages and snarled roads, she transported her children 560 miles away to Hokkaido, about as far as she could get. 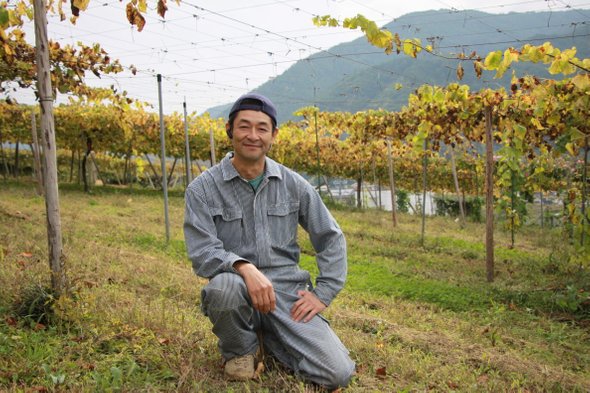 Hiroshi Ueki moved far from the damaged Fukushima power plant and vowed to never return. He now grows grapes in a different region of Japan.

Radiation from the fuming plant spread over tile-roofed towns and rice paddies across an area the size of Connecticut. The meltdown 150 miles north of Tokyo drove more than 200,000 people out of the region. Most believed they were fleeing for their lives. Now, almost eight years after the accident, the government has lifted most evacuation orders. Nearly 122,000 people have been allowed to return to communities where weeds have overtaken parking lots. Most are elderly, relieved to be resuming their lives. Prime Minister Shinzo Abe is determined to end all evacuations by 2020, when Japan will host the Olympic Summer Games. The events will include baseball and softball competitions in Fukushima City, a mere 55 miles from the ruined reactors.

Around 35,000 other citizens still wait to return, but they and many others throughout northeastern Japan worry all of this is too soon. Radiation, which is generally linked to cancer, in some places continues to measure at least 5 millisieverts (mSv) a year beyond natural background radiation, five times the added level Japan had recommended for the general public prior to the incident. In certain spots radioactivity is as high as 20 mSv, the maximum exposure recommended by international safety experts for nuclear power workers.

In its haste to address the emergency, two months after the accident the Japanese government raised the allowable exposure from 1 mSv annually, an international benchmark, to 20 mSv. Evacuees now fear Abe’s determination to put the Daiichi accident behind the nation is jeopardizing public health, especially among children, who are more susceptible. Lifting most evacuations has also ended subsidies for evacuees, forcing many to return despite lingering questions. 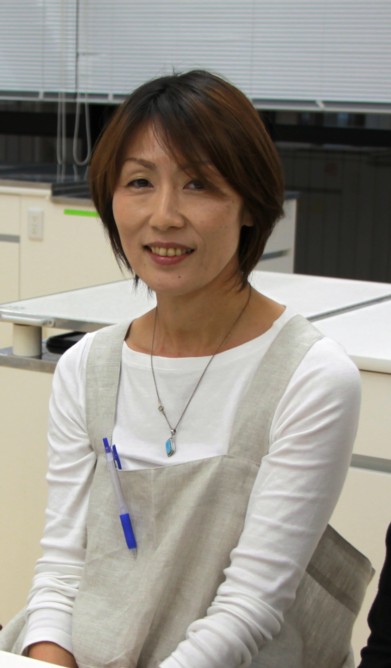 Kaori Sakuma, from Koriyama, evacuated her two young sons more than 500 miles from the Fukushima accident. She reluctantly brought them back after the government raised the allowable radiation limits for communities, but she does not trust the government's radiation readings.

As more people inside and outside the country absorb the radiation data, Japanese officials are confronting a collapse of public confidence. Before the accident residents in Japan (and the U.S.) were living with background radiation that averaged 3.1 mSv a year,most of it emanating naturally from the ground and space. In Japan and the U.S. many residents experience an additional 3.1 mSv annually, due mostly to medical testing. But the anxiety of Fukushima residents facing even higher levels is palpable. If the government is going to fully restore lives and livelihoods, it needs to regain their trust, says nuclear engineer Tatsujiro Suzuki, a professor at Nagasaki University and former vice chairman of the Japan Atomic Energy Commission. That, he says, should include respecting international safety standards for radiation and lowering the allowable level at least to 5 mSv, although he acknowledges “even 5 mSv is too high for children.”

RUNNING AWAY FROM RADIOACTIVITY
The tsunami that followed the magnitude 9.0 offshore Tohoku earthquake slammed a 40-foot wall of seawater onto Japan’s northeastern coast. The whole event killed more than 15,000 people. The water surge at Tokyo Electric Power Company’s Daiichi plant led to meltdowns at three reactors.

Government officials ordered evacuations in areas called “difficult to return” zones, where radiation was above 50 mSv, enough to cause skin cancer. They quickly added areas between 20 and 50 mSv, then those below 20 mSv. Evacuations continued for months as Japan struggled to find housing for a large population exposed to radioactive iodine 131, cesium 134 and cesium 137. In May 2012 officials reported relocating 164,865 people. Another 26,600 people living outside the evacuation zones left voluntarily, according to Citizens’ Nuclear Information Center, a Tokyo-based organization opposed to the nuclear industry.

The evacuations did not go well. Evacuees, many elderly and frail, were moved repeatedly without any plans in place, says Jan Beyea, a physicist with Consulting in the Public Interest who worked on a 2014 U.S. National Academies of Sciences, Engineering and Medicine report about the accident. Disrupted medical care and the trauma of moving were fatal to nearly 2,000 people, according to the World Nuclear Association. Many of those who survived reportedly suffer from alcoholism and clinical depression.

As radiation levels declined, the government began allowing evacuees home—one town at a time. By May 2013, coastal communities such as Minamisoma, 25 miles north of Daiichi, were reopening ramen shops, and trains resumed their scheduled runs despite a dearth of customers.

Shuzo Sasaki, 56, was one of the first evacuees to return to neighboring Odaka, a quiet seaside village. The long-time employee of Fukushima Prefecture (prefectures are equivalent to states) directs Real Fukushima, a government-sponsored organization providing tours as communities rebuild. In Odaka, where radiation plumes streamed overhead but dropped relatively few radioactive atoms on the ground, levels have stabilized at 1.26 mSv per year, well within the safe range. Today a few rice paddies are productive, with round bales of rice straw drying in the sun. Most, however, are vacant. The market for Fukushima rice is poor, even from farms where contaminated soil has been removed. Some paddies sport solar panels. Many are no longer farmed, instead covered with some of the 16 million bags of contaminated soil removed from other sites.

Less than a quarter of Odaka’s 12,800 residentshave returned. Most are over 60, says Sasaki, who wears a starched white shirt and dark blue suit. Some people have found new lives elsewhere; many are afraid to return. “Young people with families—they don’t believe the government radiation measurements,” he says.

Concern about children is one of the most controversial issues. When officials raised the allowable level of radiation to 20 mSv, including in schools, it was under the guise of giving people a measure of normalcy. But the May 2011decision became a flash point for opponents of the government’s handling of the accident. They were furious children would be subjected to the maximum radiation allowed for nuclear workers, spending day after day in buildings that increased their cancer risk to one in 200 people.

Sakuma was one of those who returned to Koriyama, from her outpost in Hokkaido. She did not want her young children to touch contaminated soil or water along their walk to school, so she carried them both on her small back. “We all want our kids to play in the dirt and pick flowers but I was afraid. We all were,” says Sakuma, now 46. 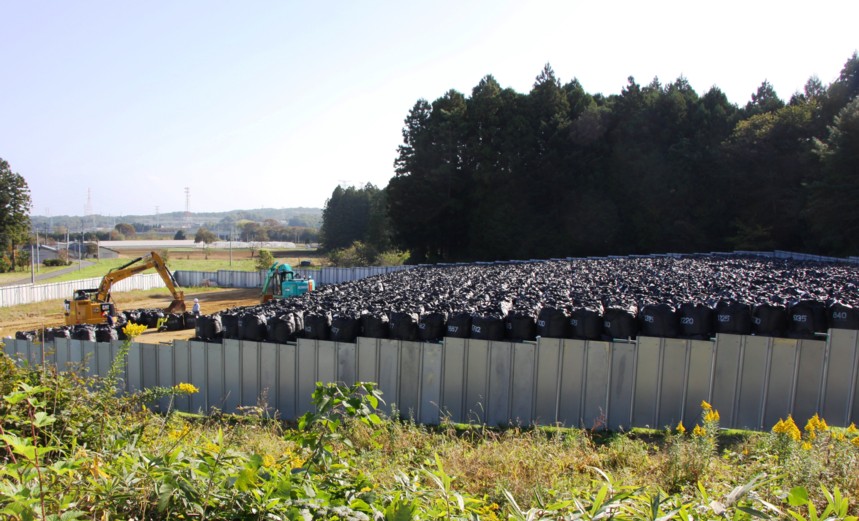 Bags of radioactive soil, scraped from certain rice farms, are stored on other farmland.


LACK OF PUBLIC TRUST
In the year after the accident Koriyama was one of 12 communities where the ongoing radiation rate measured between 3 and 5 mSv above background, but the town had not been evacuated. Today’s levels have stabilized at 1.5 mSv, but doubts remain. Skeptical of the government’s readings, Shigeru Otake, 49, takes his own. A slim man who wears a Dollar Store rope belt to give him “strength like a samurai,” he says he has measured radiation spikes at 15 mSv in Koriyama, where his family has lived for generations. Sakuma walks her sons, now eight and 10 years old, to school past a government monitoring post that she claims reads six times lower than her own dosimeter does.

Misgivings about government assurances of safety drove Hiroshi Ueki, 48, to move his family to Nagano Prefecture, where he is now growing “the best grapes in the world.” His parents stayed behind in Fukushima Prefecture. Ueki says he will never move back. “The prime minister says the accident is over but I won’t ever feel safe until the Daiichi plant itself is finally shut down. That will take 100 years.”

In spite of these concerns, Japan has continued to showcase repatriation as a barometer of progress toward recovery. By April 2017, the government had lifted all evacuations except for the most contaminated places closest to Daiichi. That decision also ended rent-free housing provided to people who were forced to leave as well as to some 26,600 people like Ueki who vacated voluntarily. Left without the $1,000 monthly subsidy provided by Tokyo Electric Company, some people have been forced to return home despite their safety concerns.* They have no other economic options, says Hajime Matsukubo, general manager of the Citizens’ Nuclear Information Center. Some 16,000 people who refuse to return have been financially abandoned, according to the center.

It is unclear if such fear is justified. The danger to people chronically exposed to low levels of radiation is the subject of ongoing scientific debate. “It’s not a bright line where we can say this dose rate is going to kill you,” says Kathryn Higley, a nuclear science professor at Oregon State University.

Scientists generally agree on a few basics: The risks of getting leukemia or other cancers are higher for children than adults, and the risks for everyone increase significantly with exposure above 100 mSv annually. Various national agencies have set 20 mSv per year as a maximum for occupational exposure. Public exposure should be no more than 1 mSv per year above background levels, according to the International Commission for Radiological Protection. That raises questions about Japan’s 2011 emergency declaration of 20 mSv per year as the allowable exposure. Five years after the 1986 explosions at Chernobyl, Ukrainian officials lowered the allowable level to 5 mSv per year. Japanese officials note there have been no reported deaths from radiation exposure.

The public perception is that the Daiichi nuclear accident continues to pose health risks and, significantly, nuclear power is not safe. More than 80 percent of the Japanese public wants to phase it out, according to an October 2018 study by Suzuki, the former Japan Atomic Energy commissioner. He calls the erosion of public trust “the most unfortunate impact of the accident.”

Sakuma, the Koriyama mother, is using the Daiichi accident as a lesson in radical civic involvement. She intends to keep her sons in Koriyama despite radiation concerns. “I want them to grow up here so they can learn what the government does. I want them to tell other people about how it is to live with radiation,” she says. “This accident is not over.”